Skip to content
BettingUSA.com » PointsBet Quickly Carving out Piece of the US Sports Betting Pie

The legal sports betting landscape in the United States is developing before our eyes, and newcomer PointsBet is shaping into one of the major players in the game.

Last week, PointsBet announced a partnership with Hawthorne Race Course, located just outside Chicago. (For details on the collaboration and the latest in Illinois sports betting head to our story here)

This announcement comes on the heels of an IPO, in addition to opening sportsbooks in two different US locations in 2019.

PointsBet is an Australian based bookmaker that was founded in 2015 and launched in 2017. PointsBet USA CEO Johnny Aitken has explained in the past that the US market was always the company’s goal, even when operating exclusively in Australia.

At one point, Aitken described Australia as more of a proving ground than anything else. Here’s how Aitken explained it to iGamingBusiness.com last year:

“Our focus from day one has always been on the US, with Australia very much a proof of concept for us to get our Points Betting and sportsbook capabilities tuned up to execute at an optimal level when the market here finally opened.”

PointsBet is also partnered with Tioga Downs for New York sports betting once legislation there takes effect. That partnership was secured as a part of a package deal with Jeff Gural, owner of both racetracks.

In June, PointsBet held their initial public offering in Australia and have been valued near AU$200 million ($140m US).

PointsBet has an agreement in place to enter the New York market by operating an online sportsbook for Tioga Downs whenever the State legalizes it. While the New York Senate passed a mobile gaming bill, Governor Andrew Cuomo continues to deny the motion his support.

In the meantime, PointsBet is reportedly trying to hash out deals in Colorado to operate both a physical and an online sportsbook. The Colorado Senate approved a sports betting bill in May, and the bill is now waiting to be signed by Governor Jared Polis. If signed, voters will determine its fate this fall.

With their rapid expansion into the nascent US sports betting market, PointsBet is securing their place at the table for a long-term run in the United States.

What matters now for the company is their product, and from initial impressions, it appears that both the online and mobile products are robust and user-friendly.

The mobile app is well-designed. Live betting is located on the bottom middle menu, which is much appreciated when trying to get a bet in on the fly. 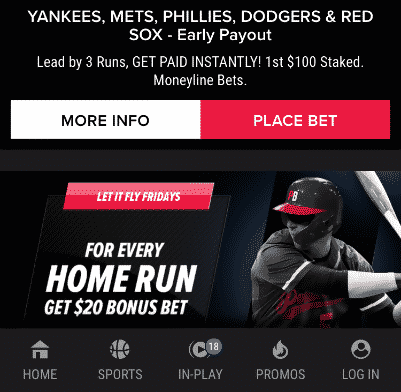 The odds are easy to find, and additional options are intuitively placed and easily reached.

As part of a partnership with PointsBet that began in November of 2018, Darrelle Revis (former New Jersey Jet) is prominently featured throughout the app, including the “Darrelle Revis Betting Academy.”

Here you can find your typical sports betting 101 content, including a dramatic video of Darrelle waxing poetic about New Jersey, and how PointsBetting works.

Scanning through the available games for a sport such as MLB is a breeze. Lines are clear and easy to read despite the darkness of a black background. Upcoming games are also conveniently located on the right sidebar. 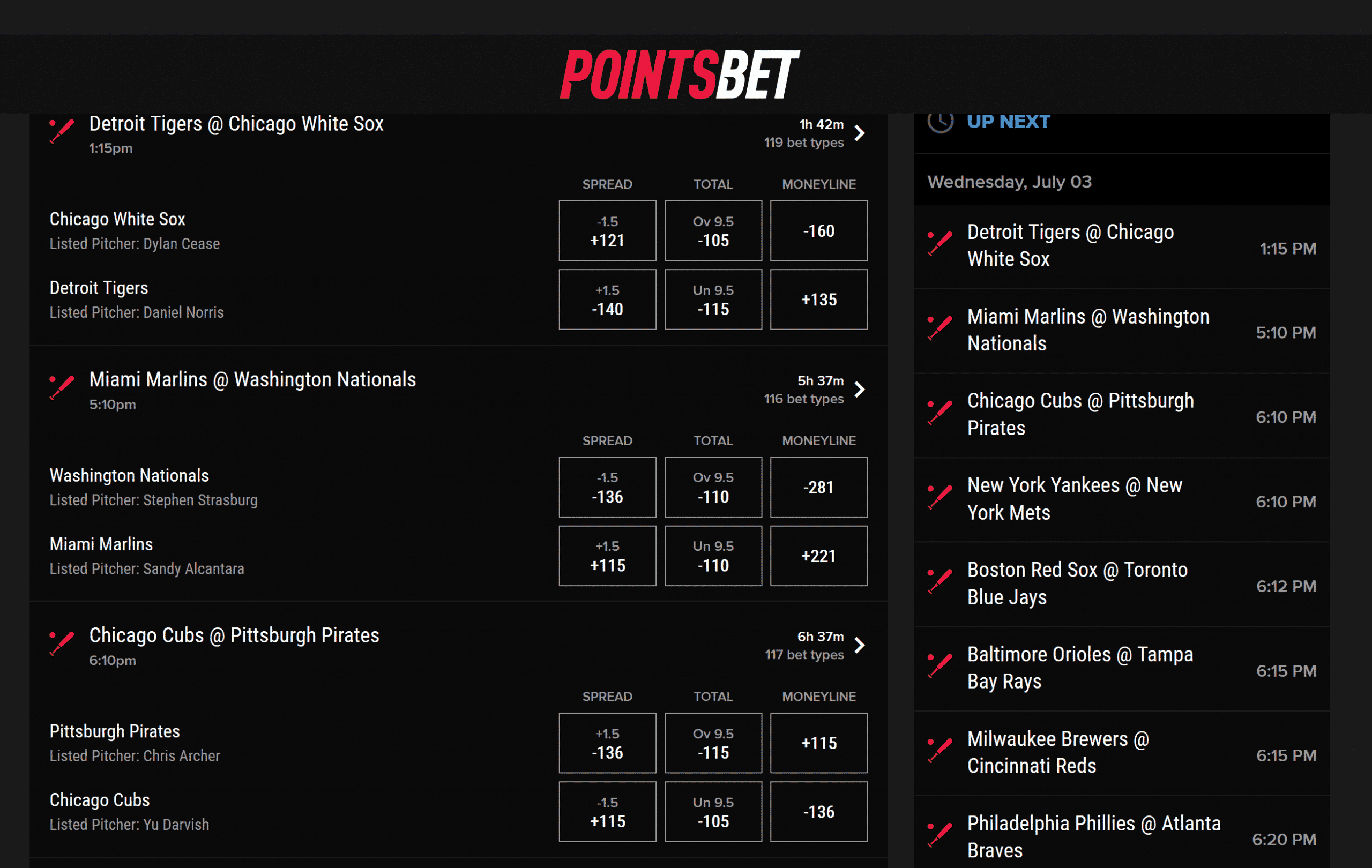 When you click into an individual game, there is a convenient clock counting down the time until the game starts. There is also a quick preview written for each game, which is not a staple of most online sportsbooks. Easily linked drop-down menus are available below the main odds showing secondary markets. 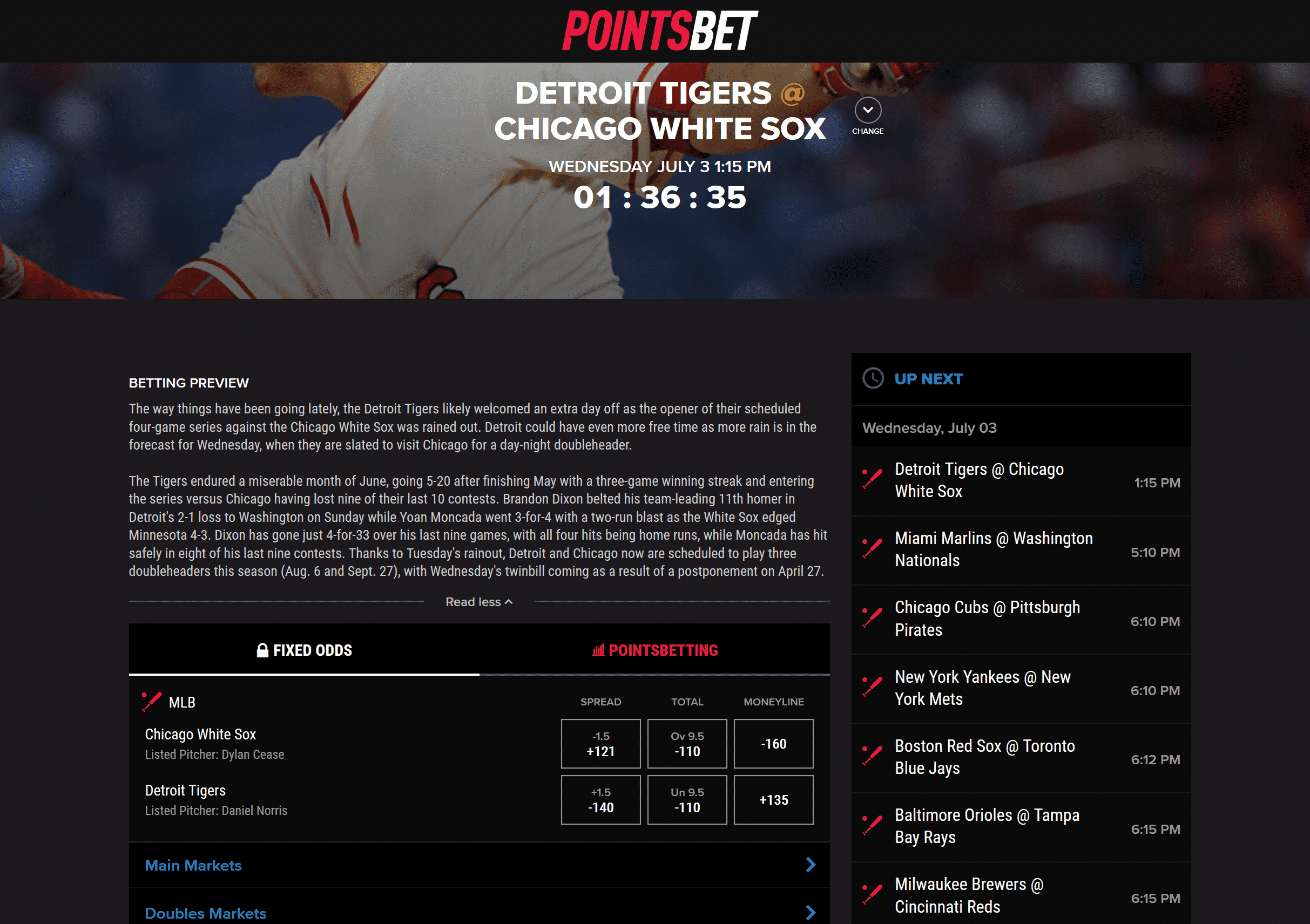 “PointsBetting” provides an entirely new way to bet on games. For every “point” you win or lose your bet by, whatever is at stake is multiplied by that number.

However, it works the other way as well. If only 170 points were scored in the game and you lost your bet by 30 points, you would lose $300 on the game.

PointsBetting is a unique take on sports wagering and is one of the many ways PointsBet is making innovations in the industry. The following are the different ways you can currently wager with PointsBetting: 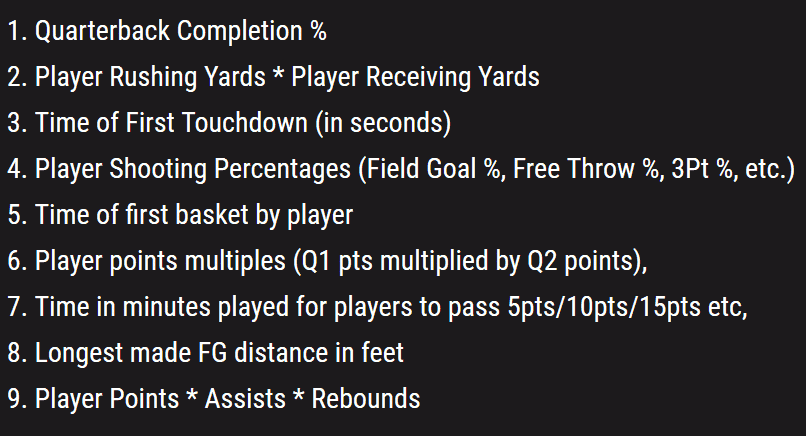 PointsBet offers more betting markets on NBA games (500) than any other bookmaker in the world, an impressive feat considering the quality of competition that has emerged in the regulated industry over the last year.

What’s even more impressive than that are the -105 lines, as opposed to the more common -110 lines. Instead of betting $110 to win $100 with another book, you can bet $105 to win $100 with PointsBet on a typical NBA game. The value these lines provide to users over the long-term is absolutely massive.

Promotions are another example of PointsBet acting as an innovator and are part of the company’s concerted effort to be a customer-first sportsbook. Many promos are designed in the same light as PointsBetting but without the risk.

One example is receiving an extra $10 back for every goal your team scores when betting at least $50 on a Women’s World Cup game. This is both a smart and fun promo by PointsBet. It’s smart in that it’s an easy way to hook a player into a game, and it’s fun because it adds another element of no-risk excitement.

Another unique promo offered on the Women’s World Cup was cashing out your winnings if your team got up by two goals at any time. While these exclusive promotions are nothing revolutionary, PointsBet does a commendable job of adding intrigue to the outcome of the game.

The same type of promotions are used in MLB, with “Let it Fly Fridays” returning winnings for home runs and getting paid instantly when your team gets up by three runs for your first $100 bet.

One of the numerous deposit methods offered by PointsBet is a prepaid card that you can fund online instantly while waiting for the physical card to arrive in the mail 7-10 business days later.

Once you receive the physical card which is linked to your PointsBet balance, you can also use it to access cash at ATMs and make in-person purchases. This means you can fund it online without leaving but still have in-person access to your bankroll while out and about in the real world. The PointsBet card promises instant deposits and faster withdrawals. 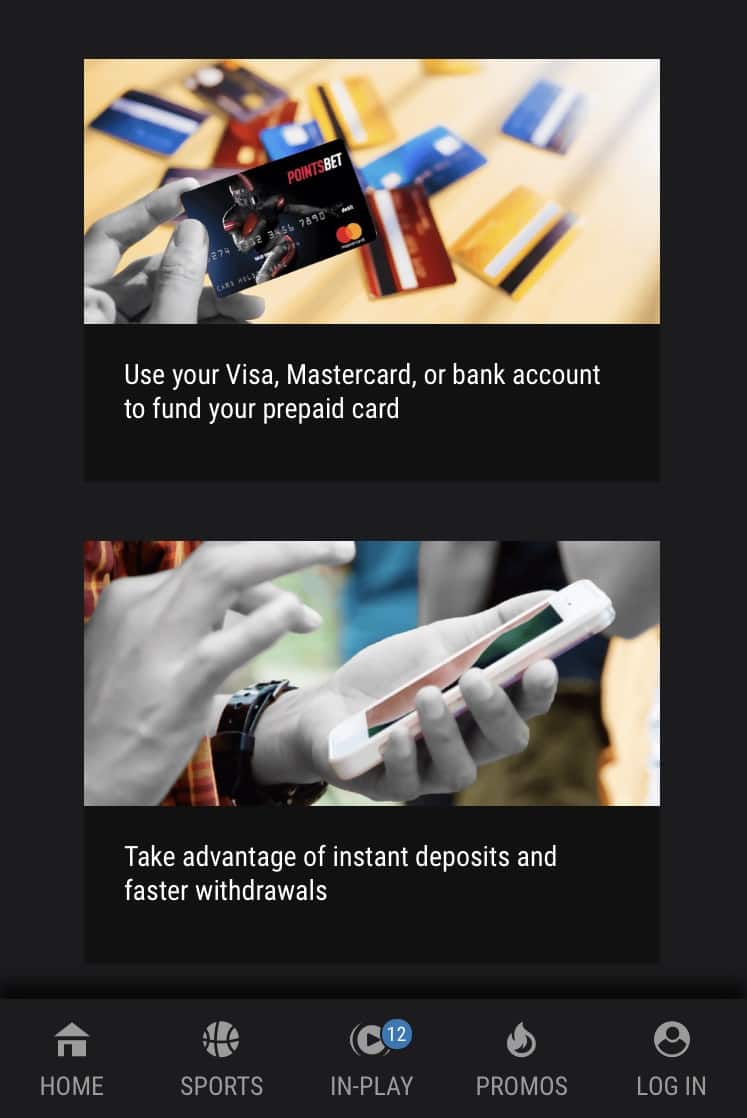 PointsBet recently held an IPO in Australia, putting up a third of the company onto the Australian Stock Exchange (ASX).  Majority stakeholders such as News Corp continue to hold the remaining two-thirds of the company. NewsCorp owns The Wall Street Journal, New York Post, and Fox News and will likely be a strategic partner with their media reach.

PointsBet’s current customers include 78,000 Australians and 16,000 residents from New Jersey. Most of these clients were acquired from April 2018 through April 2019, and PointsBet saw an increase of 336-percent of its customers during this time.

The plan for PointsBet following the initial public offering would be to use the money raised for technology and platform development, as well as marketing and client acquisition.

It sounds simple, and it can be for those who get in the game early.

We saw how easy it was for FanDuel and DraftKings to ramp up their businesses. When you have a simple model that has proven successful, all you need is the right technology, a user-friendly platform, and absurd amounts of marketing. That’s where the partnership with the media (News Corp) should come in handy for PointsBet.

The stock began trading at AU$2.24 per share under the ticker symbol PBH on June 12, 2019. During the first five days it was live, the stock had generated a return of just over 2-percent.